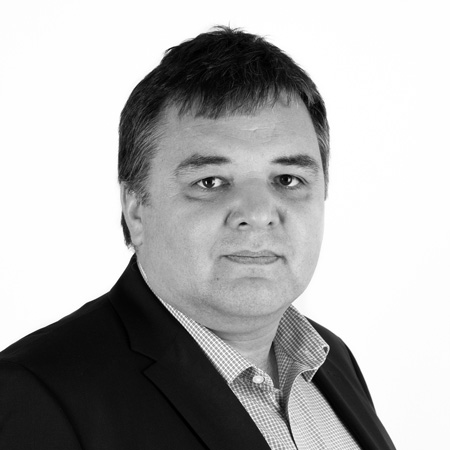 After completing a degree in mechanical engineering and a degree in economics during his studies at the University of Zagreb, Igor has been present in the real estate market for more than 20 years, where he has participated in the development of several projects for international investors.

Igor started his working career in the Slovenian retail chain Mercator, for which he managed their largest facility in Croatia, Mercator Center Zagreb, with size of 12,000 sqm, for three years as the technical manager of the facility. In addition to the Mercator supermarket, there were also well-known brands as tenants: Intersport, Modiana, Playlife, Benetton, Planika, Chicco, etc.

After that, Igor was the Property Manager of the Grand Center Zagreb office building, with size of 15,000 sqm of office premises, for more than two years, which he managed for landlords Generali Immobilien and Immofinanz from Austria. Many well-known international companies then had their offices in that high A-class office building: Generali, Strabag, SAP, etc.

Then Igor received an invitation from the Norwegian fund EELD to join their Croatian team for the development of commercial real estate projects Verdispar International, where he spent more than six years. He has worked on several projects in parallel, the most significant of which is the Lumini shopping center in Varaždin with a size of 34,000 sqm as the largest shopping center in northwestern Croatia. With well-known retail brands: H&M, C&A, Deichmann, New Yorker, s.Oliver, Europa 92 , Benetton, DM, Bipa, Planet Obuća, Hrvatski Telekom etc.

During his work in Verdispar, Igor participated in the development of the 40,000 sqm business and hotel complex Ozonia in Zagreb, the Green Garden City residential project in Kupinec near Zagreb on a 2.6 million sqm plot and the logistic park in Benkovac near Zadar on a 205,000 sqm plot.

Igor continued his career at the Croatian Bank for Reconstruction and Development (HBOR), where he spent more than six successful years, during which he was responsible for property management of HBOR’s office buildings used for their own purposes. During his two years at HBOR, Igor and his team managed a portfolio of real estate that the bank owned in exchange for uncollected receivables.

In June 2021, Igor joined PERIS team as Project Manager and is responsible for the commercialization and property management of commercial properties for our clients.

Visit us in our office or call us. We will be glad to receive your call.

We use cookies on our site to provide you with the best possible user experience and to save your settings for future visits. By selecting "Accept all ", you agree to the use of all our cookies. To select the desired cookies, select "Cookie settings ".
Cookie settingsAccept all
Manage consent

This website uses cookies to enhance your experience during your visit. Of these, cookies that are categorized as needed are stored in your browser because they are essential to the basic functionality of the website. We also use third-party cookies to help us analyze and understand how you use our website. These cookies will only be stored in your browser with your consent. You also have the option to opt-out of these cookies. However, disabling some of these cookies may affect your browsing experience.
Necessary Always Enabled
Necessary cookies are absolutely essential for the website to function properly. These cookies ensure basic functionalities and security features of the website, anonymously.
Functional
Functional cookies help to perform certain functionalities like sharing the content of the website on social media platforms, collect feedbacks, and other third-party features.
Analytics
Analytical cookies are used to understand how visitors interact with the website. These cookies help provide information on metrics the number of visitors, bounce rate, traffic source, etc.
SAVE & ACCEPT
Powered by